That’s right, folks.  I’ve officially arrived at the point in my time at sea that I actually have free time during the day – which means… time to volunteer as an escort on tours and excursions for the guests!  This is one of the perks that really attracted me to accepting a job like this.  Not only am I blessed to be working as a singer as I travel around the globe, but I’m also able to join in on the informative and interesting excursions that the company offers to guests.

At the last minute, our shore concierge needed an escort for Monday morning on a drive through Fujairah, UAE, so I (in natural “Ashley” fashion) volunteered my services.  I joined in on the “East Coast Tour,” which was a nearly five-hour excursion through the Emirate.  Fujairah, one of the less-touristy emirates, doesn’t have too much to brag about, but it is a number one get-away destination for Emiratis from Dubai and Abu Dhabi.  The biggest attractions are the über-fancy seaside resorts, but we instead took to the roads and explored old forts, oases, markets and museums.

Our tour guide kept the information coming, which I LOVED, as I hadn’t had a chance to learn too much about Fujairah, nor did I want to spend money on internet trying to educate myself.  I found it most interested when she spoke of the relationship between religion, culture and politics in the country.  For instance, I thought that the gowns and veils worn by women were solely for religious reasons, but it’s actually more of a culture and sign of respect to the family.  In fact, many Emirati women are not even religious but do wear fashion.  Most notable is the way that these garments have become ultra fashionable.  I noticed this when we visited Dubai and toured around the two large malls there.  I was blown away by the extravagance of some of these black gowns!  Though they were extremely modest from far away, up close there were evident jewels and lavish black lace and embroidery sewn into the cuffs and hems.  And the shoes!  The women here are clearly spending their money on footwear, makeup and jewelry.  Absolutely gorgeous.  Okay, I got sidetracked.  Anyhow, I loved hearing from our tour guide all about the culture and modern traditions of this very new nation.  (Friday, December 2nd, was the 40th anniversary of the founding of the UAE).  So much fantastic national pride is evident in the UAE, it’s a lovely thing to see.

The tour itself started with a visit to the old castle/fort of Fujairah.  It wasn’t much to look at, honestly, but I did love the contrast of old and new, with the old construction enhanced with a modern Banksy-istic logo of the seven emirates.  After leaving the fort, we headed to the Fujairah museum to look at… old pottery.  Most impressive of this tour was honestly the drive through the countryside.  What makes some of the gulf cities so beautiful is the contrast between sea and mountains.  Fujairah offers some gorgeous landscapes over the mountains, and we even visited a beautiful oasis where some of the area’s produce is grown.  Continuing on through the mountains, we next visited the “Friday Market,” a highway-side string of vendors that mostly chased me alongside the sidewalk shouting “Ashley! Bananas! BANANAS!”  (I was wearing my nametag and they were selling bananas.)  I settled for instead buying a sugar-free Redbull at the nearby gas station.  Life’s hard when you’re escorting tours, folks.  Our last stop was to the Al Badiyah Mosque, the oldest mosque in the UAE.  Unfortunately, we arrived just minutes after the peak of the fiery Arabian sunset.  I managed to catch just a few shots before the sun completely disappeared from view.  The drive back to the ship lulled everyone to a much-needed simultaneous siesta before our first show of the cruise (Motown). 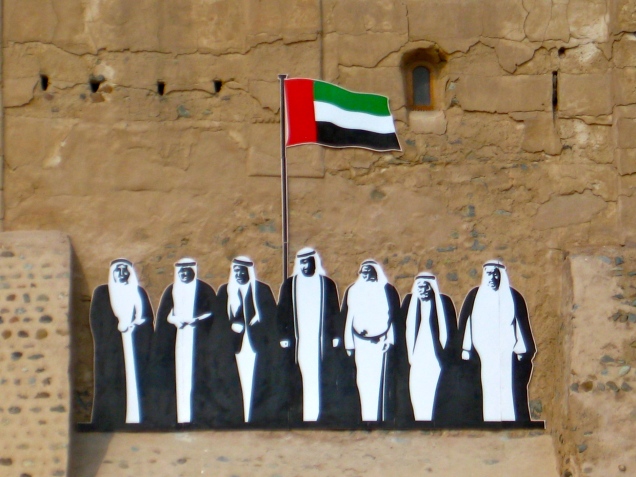 Last night after the show, I was asked to be an escort for today’s tour of Muscat, Oman.  This was our third visit to Muscat, but I had still missed visiting a number of places I wanted to see.  Our first visit was on a Friday (holy day and weekend) so many things were closed; and on the day of our second visit, I was IPM and couldn’t get off the ship.  So this was my chance!  I happily accepted and woke up early this morning to join my group of eager adventurers.  Well, really, the eager adventurers and their sleepy husbands.  We started off with a drive to the Sultan Qaboos Grand, which I was very excited to see after many voyagers told me it was a mandatory attraction.  After visiting the Grand Mosque in Abu Dhabi, my hopes were high.  What interests me much about some of these Arab tourist attractions is that they are so new.  This particular mosque was completed in 2001, so it’s much different than visiting many of the famous and massive religious buildings in Europe.  The Muscat Mosque was indisputably beautiful, and I greatly enjoyed learning more about the customs and cultures of the Omani people from our guide.  I feel almost ashamed in saying that I didn’t know much about the religion of Islam.  For instance, I honestly didn’t realize that the religion recognizes Jesus Christ as a prophet and believes he will return to our world and rule for forty years before judgment day.  Talk about a cultural epiphany today!  Anyhow, after our visit to the mosque (and the lovely barefoot walk about the marbled grounds), we drove to the Grand Hyatt Muscat for refreshments of juice and muffins.  Again, life is hard.  We next visited the Muscat Souk, where I picked up some more frankincense.  This was my third purchased batch of the ancient good.  Frankincense is actually harvested in Southern Oman, so this is a regional specialty.  I also learned from our tour guide that the massive white architectural feature on the coastline of Muscat is a giant version of a frankincense burner!  Our last visits were to the Oman Museum and the Palace of the Sultan.  All in all, it was a great way to see Muscat, and I was extremely grateful for the opportunity to get so much current and ancient history along the way. 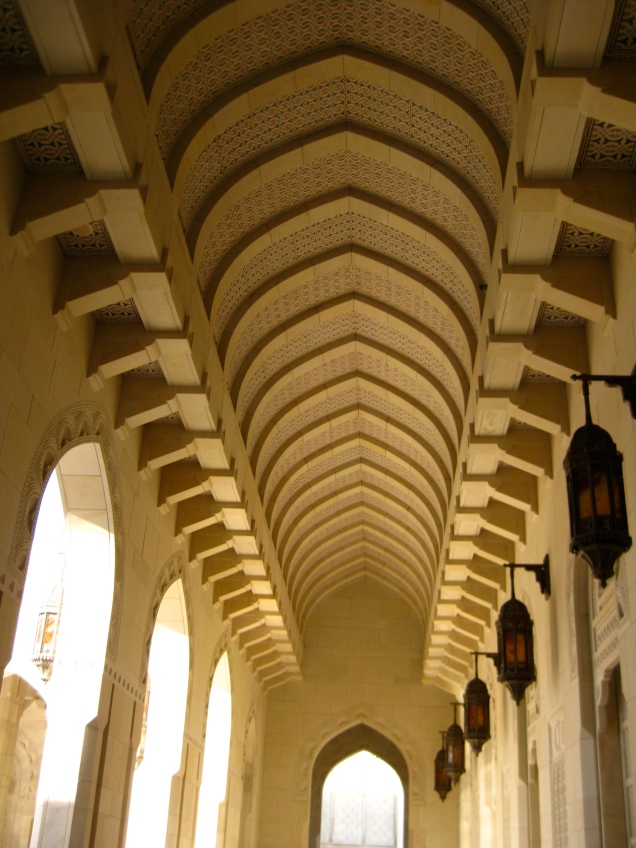 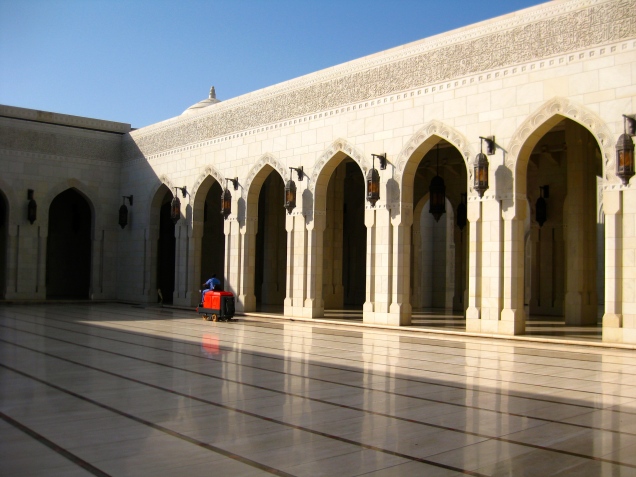 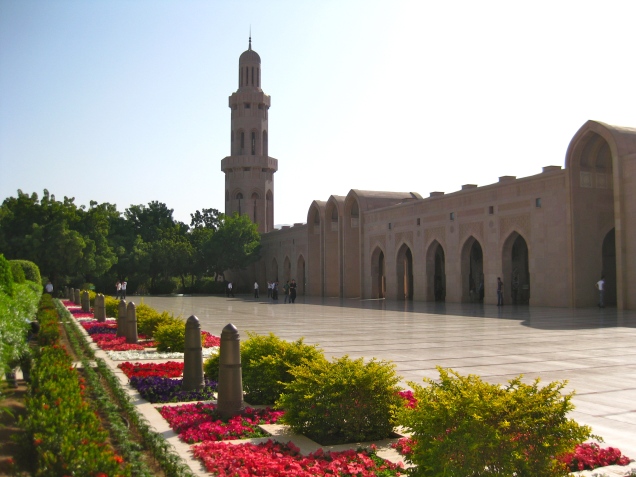 Tonight, Peter and I are sipping champagne (thanks B and P!) and listening to potential songs for our upcoming “variety show” next week.  Life is hard.